Shaken, not stirred is the iconic man of mystery: Agent 007.

Wherever he is, you can be sure there’s an Aston Martin, a dastardly villain and a beautiful watch not far away. But the history of the screen hero’s ticker might surprise you. Your mission, should you choose to accept it, is smiling at the ticking enigma that is James Bond - and his watches throughout the ages.

When Omega began providing the watches for the iconic films - it wasn’t until years later that they set in stone their airtight link to the silver screen’s franchise when they had written into the Casino Royale script the following exchange:Vesper Lynd: Rolex? James Bond: Omega. Vesper Lynd: ...Beautiful.

This was a far cry from the original watch of author Ian Fleming’s preference: the Rolex, which appeared in nine of the James Bond films. According to Fleming: “[Bond] could not just wear a watch. It had to be a Rolex”, presumably because “a gentleman's choice of timepiece says as much about him as does his Savile Row suit.”

But as it turned out, it wasn’t just Omega that would get a look in from the Rolex craze (who never paid for a single product placement, or loaned the franchise any of their watches) - but a couple of others, too. Whilst many of us remember fondly the first Bond girl, Honey Ryder, appearing from the water wearing her Rolex Submariner in Dr. No, that was not an indication of watch… we mean what, was to come.

As a nod to the ensign colours of the Royal Navy, the Commander’s watch is Omega’s 41mm model of the deep sea Seamaster brightly decked out in the colours of the American flag. Observed in You Only Live Twice (1967), The Spy Who Loved Me (1977) and Pierce Brosnan in Tomorrow Never Dies (1997), it maintains a close reference to NATO, in style (but not in actuality), coming instead with a close link to Bond’s naval past. It features a standard nylon watch strap commonly issued by the British Ministry of Defence in the 70s. For all Omega watches available on Watch Direct, shop the range here. 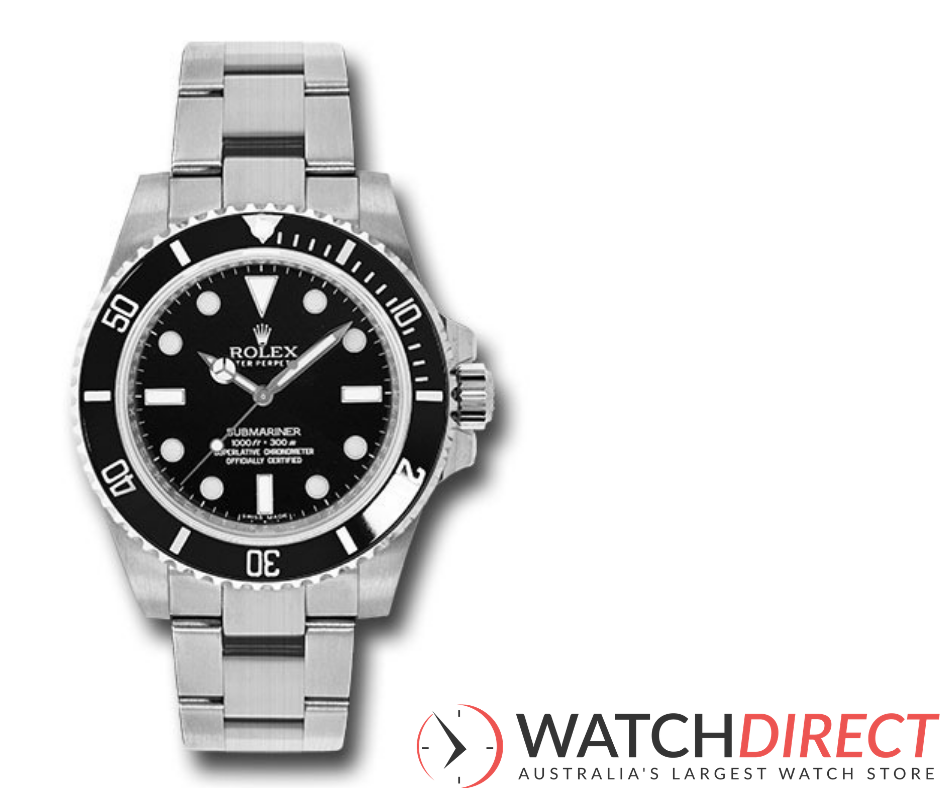 The original 007 watch was, as everyone knows, a Rolex - seen across seven iconic Bond films. As the world’s first dive watch, it seconded the rugged agent on every single one of his action-packed adventures, including through the deep seas, in car chases, secret HQs and of course, in the steamy boudoir. The most famous Bond to don the Rolex? Sean Connery. To look through our Rolexes available on Watch Direct, head on over to our website. 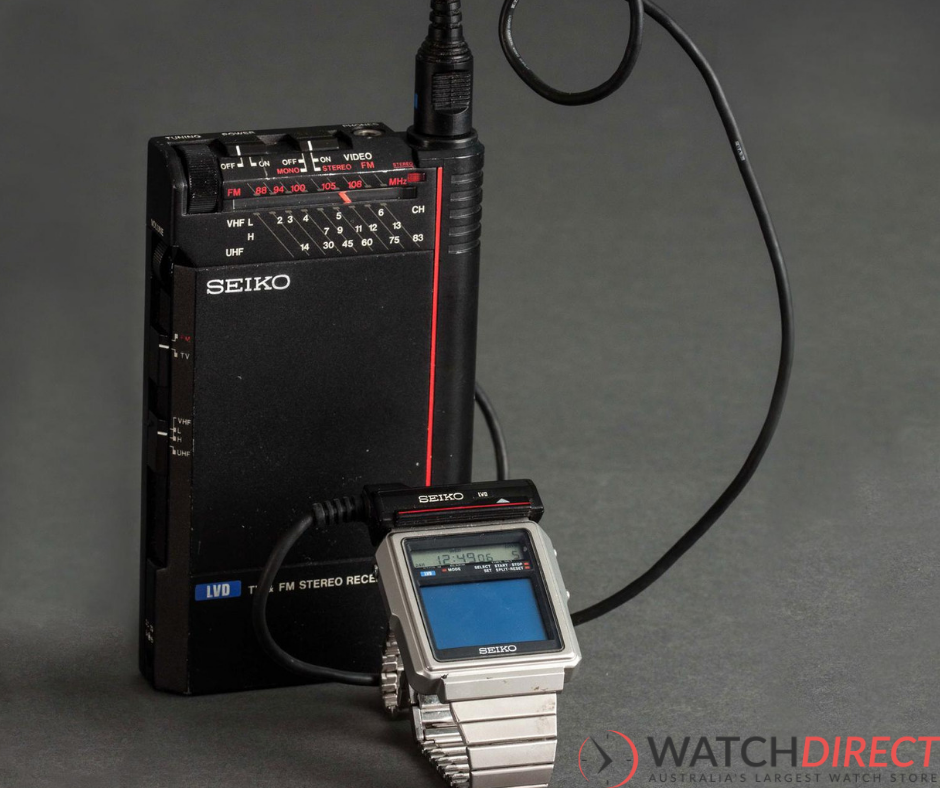 Welcome to the future, says Seiko, when they first got a look in on 1993 Bond’s wrist in Octopussy. Seiko’s hilarious description of the ticker? “The TV watch uses a new technology, the liquid crystal video screen, which is far more compact than the cathode ray tube used in television sets. The technique permits a flat, waferlike video display and can be powered by two small batteries. Stereo headphones that plug into the watch provide the sound. The tiny watch-TV can receive all UHF and VHF channels.” Groundbreaking at the time, and groundbreaking for the brand. If you love Seiko, you’ll love our range.